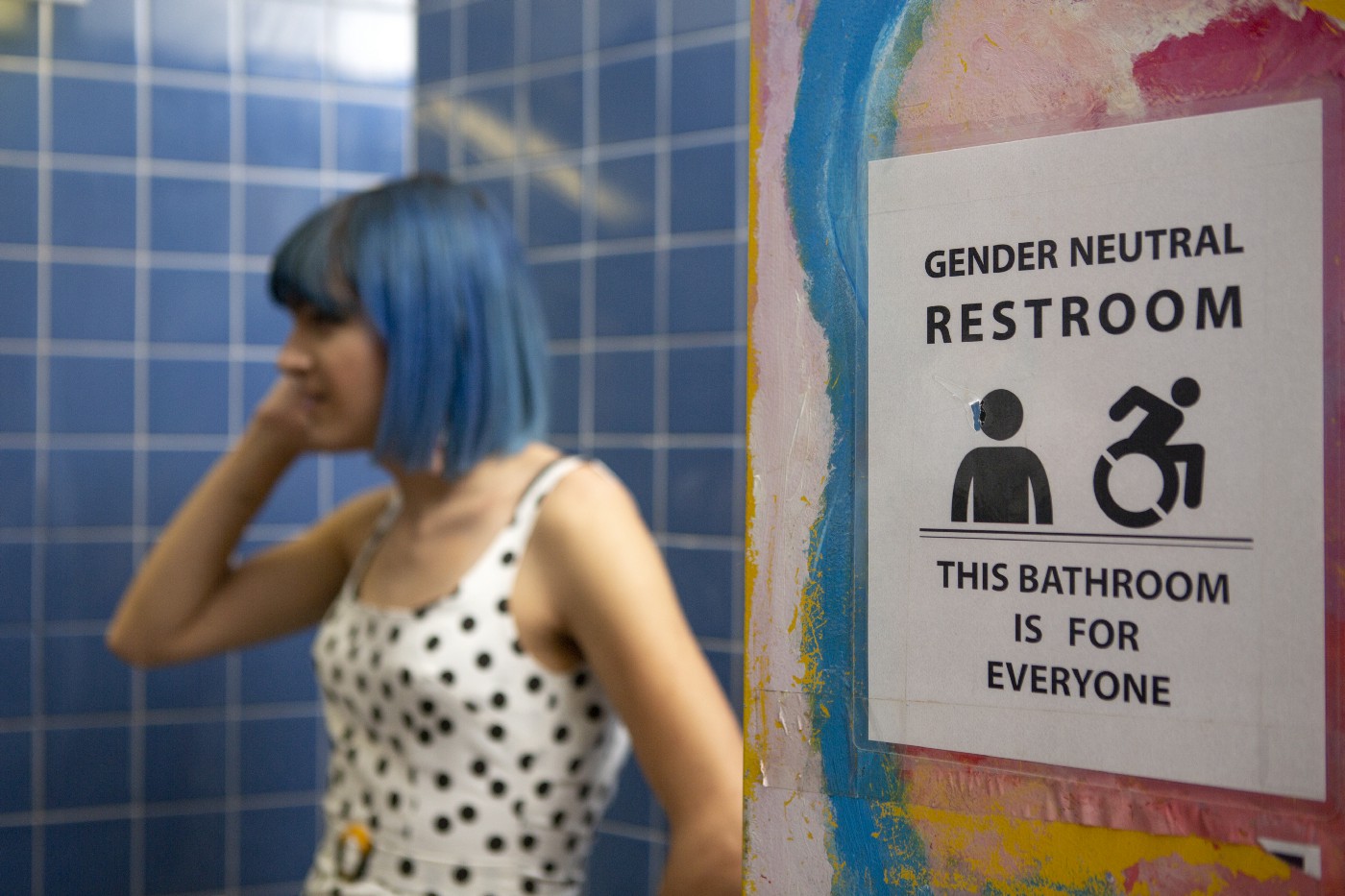 “When we talk about war, we’re really talking about peace”

The argument brewing in the UK right now — one that has been fairly consistently thundering away across the Atlantic for quite some time — is based around just a few words.

This simple statement is meeting significant hostility from various elements; a range of people, in fact, from straight-up seemingly rather narrow-minded folk who see an opportunity to attack what they view as The Strange to those who believe they are shouting down the equivalent of Flat Earthers — but for sex.

However, only one side is “on the side of the angels” here, and it has nothing to do with facts for a change. Instead, what matters here is feelings. So I’m going to ignore the facts — even though I could quite easily lay out plenty to support TWAW.

Here’s the rub: this entire argument is actually rather irrelevant except to trans folk.

This also appears to be the case to the other side (IE that the argument is only of vital importance to women, because those women feel that they are “at risk”), but they are wrong.

I do not say this out of hostility — though in the interest of disclosure, I’m definitely hostile by now, as these people have repeatedly misgendered and insulted me in an effort to be Right— but instead out of compassion for those being harmed.

The very simple facts of the matter are this:

By this very conversation, in fact.

There will be young trans people who are seeing this discourse and will believe they are not allowed to exist at all; that society has no space for them; or, conversely, they will be lead to believe that they must bend themselves into shapes that do not work.

They will hear their parents arguing about people like Graham Linehan appearing on Newsnight and realise they can’t even feel safe in their own homes, because one or both of their parents don’t think they’re real.

This is deeply retrograde and, to be honest, horrifying. Please: take a step back.

Women are genuinely concerned about harm. Well, okay; I have sympathy for that. I too am a bit afraid of masculine-seeming things; that is closely tied up with my being non-binary. I don’t like when men are shouty, or overly in my space, or indulge in physical contact without warning or consent.

But what I don’t have sympathy for is prioritising a concern for harm in the future over actual ongoing harm right now.

Should we harm people just to stop other people from harming people? This is the same kind of strange logic George W Bush deployed when he said, “I just want you to know that, when we talk about war, we’re really talking about peace.”

One solution to this is very simple, and it is quite akin to the solution that most Western society believes (incorrectly) that it has found with regards to racism — even though it hasn’t actually done so.

Surely it would not be difficult to say that trans women are women, in public, because that’s polite? If you want to believe they’re not, in private, then I guess fine — do that. Keep it to yourself. It’s your opinion, inside your own head, and it doesn’t directly harm anyone there. It could still harm people indirectly — but that’s up to you to moderate, it’s not ours or mine. I know and you know that you’re entitled to that — and nobody should be able to take it away. Indeed: nobody really can.

But if you take it out in public, know that it is an act of violence. Know that every act of violence could be someone’s last straw. Know you could kill someone with your urge to “be Right”.

You can still argue about how we square the fact that some people are terrified of anyone with a penis with the fact that some people with penises are also terrified of their penis — it is a very important subject. You can still, in fact, have any of the debates in question; about how we handle gender/sex and toilets, about how we handle sport, any of it. Just don’t misgender people. Don’t erase either trans people or intersex people. Don’t harm people in order to help yourself.

Finally: let’s out that big elephant in the room, shall we? Women’s bathrooms aren’t locked against all entry and there is no AI overwatch checking genitals at the doorways. Men can just walk in; they do not have to disguise themselves first. Fears are just that; fears. They are never more important than real living human people.